Litter dropping and dog fouling has been an ongoing problem in the Richmond borough. Various discussions and meetings have taken place between the Council, residents and local friends groups in order to address the situation. An initiative of the local Councillors and in collaborations with the park department and Continental landscapes Fighting Dirty campaign was initiated in September 2000. The campaign is designed to grab attention by using a combination of boldness and humour demonstrated through the posters that were distributed throughout the borough. 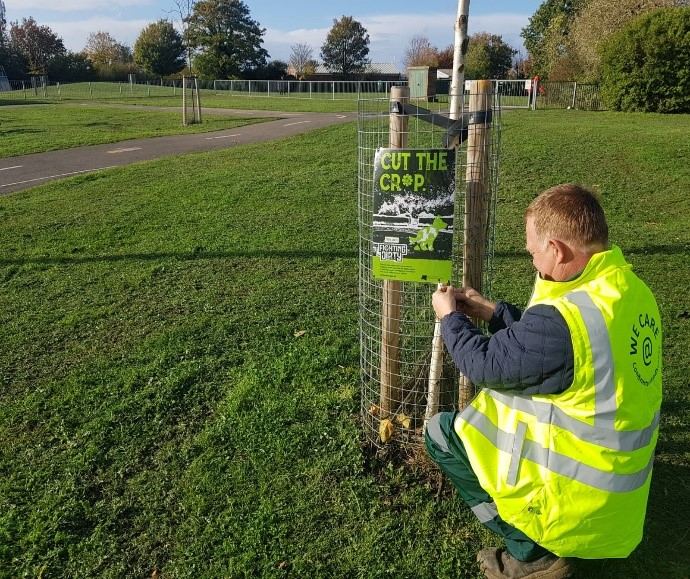 1,000 general posters went on bins encouraging people not to dump litter next to them if they are full.  These have been encapsulated so they are fully waterproofed (basically like hard core lamination)

The posters were distributed by Continental staff specifically targeting;

3)        Urinate ones went on Richmond Green and Twickenham Green

We've installed more bins in hot spots around the borough & increased our collections. However, many people are still leaving behind bottles, packets & bags in our open spaces and on our streets.

Find out more from @CLLServices

The campaign has attracted much attention by various people as well as organisations. It has raised awareness of the significant problems residents and us as the cleansing contractor incumbent are facing repeatedly. Addressing an ongoing issue through a visual format such as placing posters in key locations, is encouraging people to think more before dumbing any litter or walking away from dog fouling as well as breaking the law by urinating in public spaces. Whilst not all residents have found the wording on the posters suitable, the fact that this specific campaign is encouraging discussions among the residents, it demonstrates its effectiveness. As this is a fresh movement, we intend to closely monitor whether this bold campaign will have the desired effect by reducing litter and anti-social behaviour.