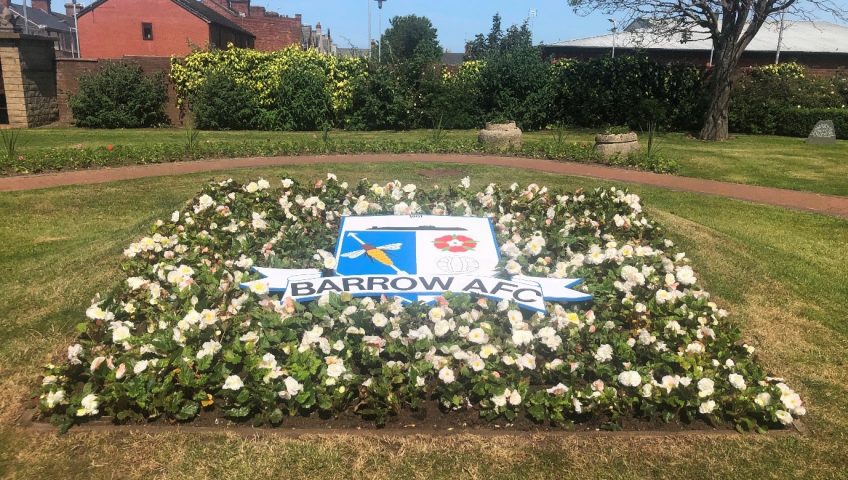 To celebrate Barrow AFC getting promotion back into the Football League after an absence of 48 years, Continental Landscapes constructed a flower display that featured the Bluebirds’ crest.

The logo was hand painted by the CL grounds maintenance staff. Barrow AFC play in blue and white so we thought it was fitting to plant white begonias around the perimeter of the bed. This all happened very quickly after the news of the promotion was released last week, thanks to Barrow Borough Council for supporting the idea.

The flower bed can be found in Coronation Gardens, Barrow-in-Furness.

Barrow Borough Council are delighted with the finished product, and social media is abuzz amongst the Bluebirds’ supporters.