At Continental Landscapes we encourage equality and diversity in our workforce. We have referred to the ACAS guidance when calculating our gender pay gap information.

I can confirm that the following data is accurate:

Our mean and median gender pay gap is negative so on average women are paid more than men. However, men and women doing equivalent jobs are paid the same.

Factors influencing our results are:

Our pay quartile disclosures show an average male to female ratio of 95:5. We have split our workforce into 4 quartiles ranked by employees hourly rates. The majority of women are in the top 2 quartiles. This was expected due to the mainly management and administrative roles they undertake.

Based on a median average the bonuses paid to women are higher. This appears to be at odds with the mean average. The reason for this discrepancy is that a large number of male employees from the non-office based workforce have received low value bonus payments. Although a lower proportion of women have received bonus payments they are of a higher value due to the positions they hold within the Company. As a result the midpoint of the two data sets shows a large variance. 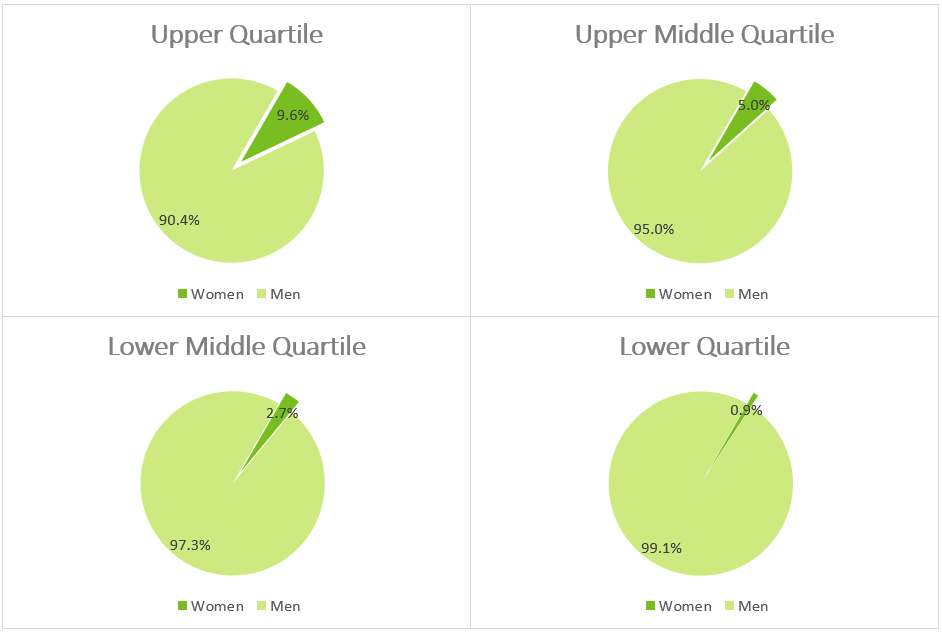